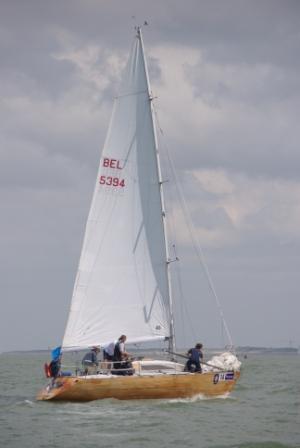 2013 Pictures and comment from Facebook 2022 "Here is a photo of a boat I saw and liked in Victoria, Melbourne AUS. Photo is now old, 2013 and the yacht Isabella looked already back then abandoned. Does anyone here knows anything about her and if she's still there?"

Comment from Facebook 2022, Ron Joosten "I was her last owner and had to chop her up when she deteriorated beyond seaworthyness. She was named Great Scott when I got her about 2000 because she was a Scott Kaufman design built in Williamstown Australia. I renamed her Isabella and had great fun sailing her in Port Phillip. Isabella rated 1/4 ton was 25 foot and built from ply covered with Dynal sheeting."