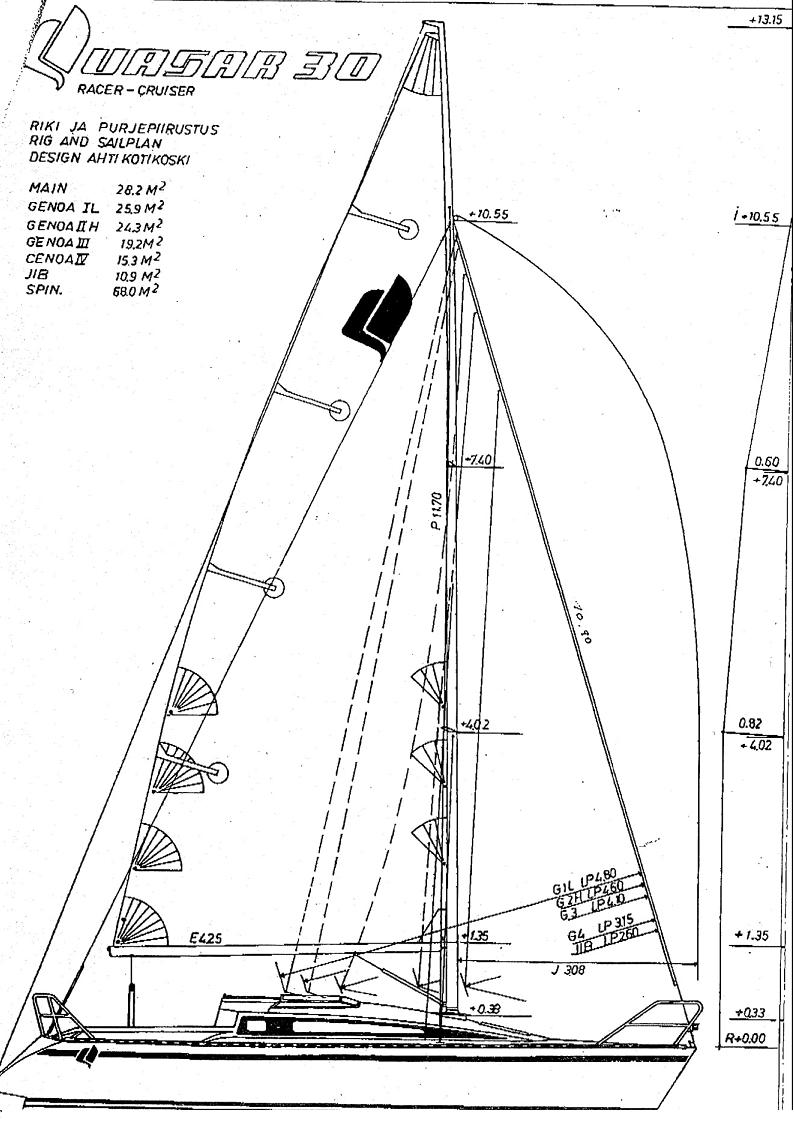 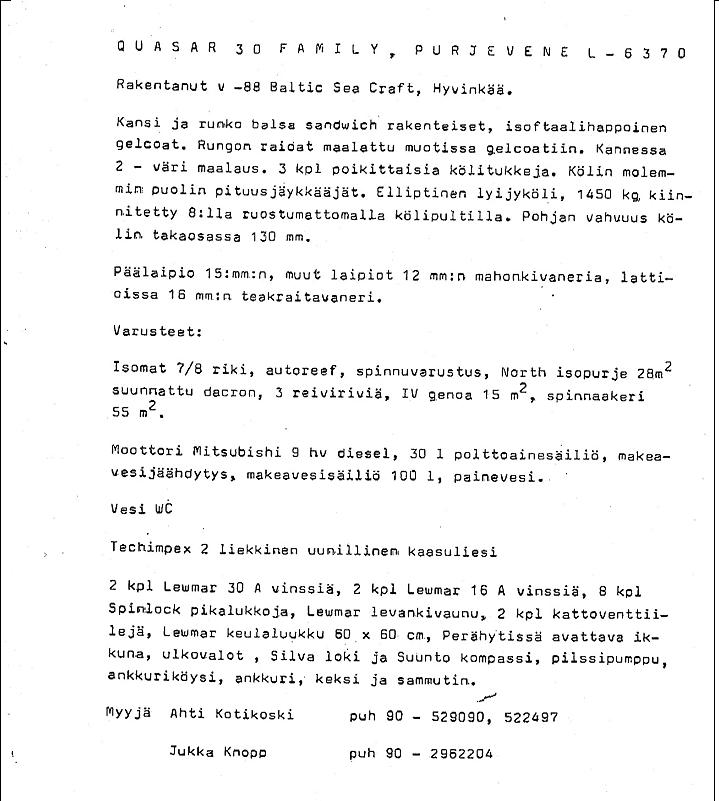 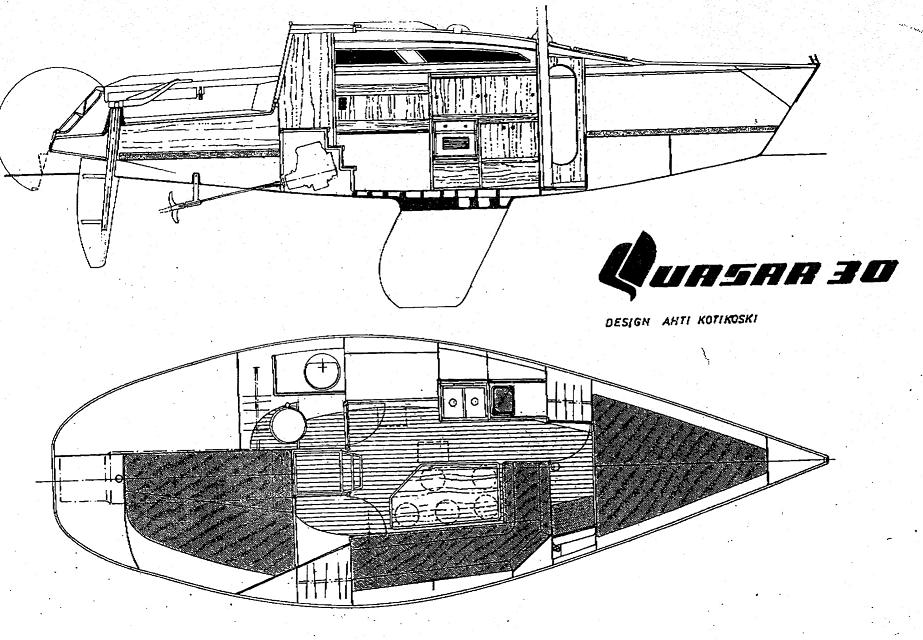 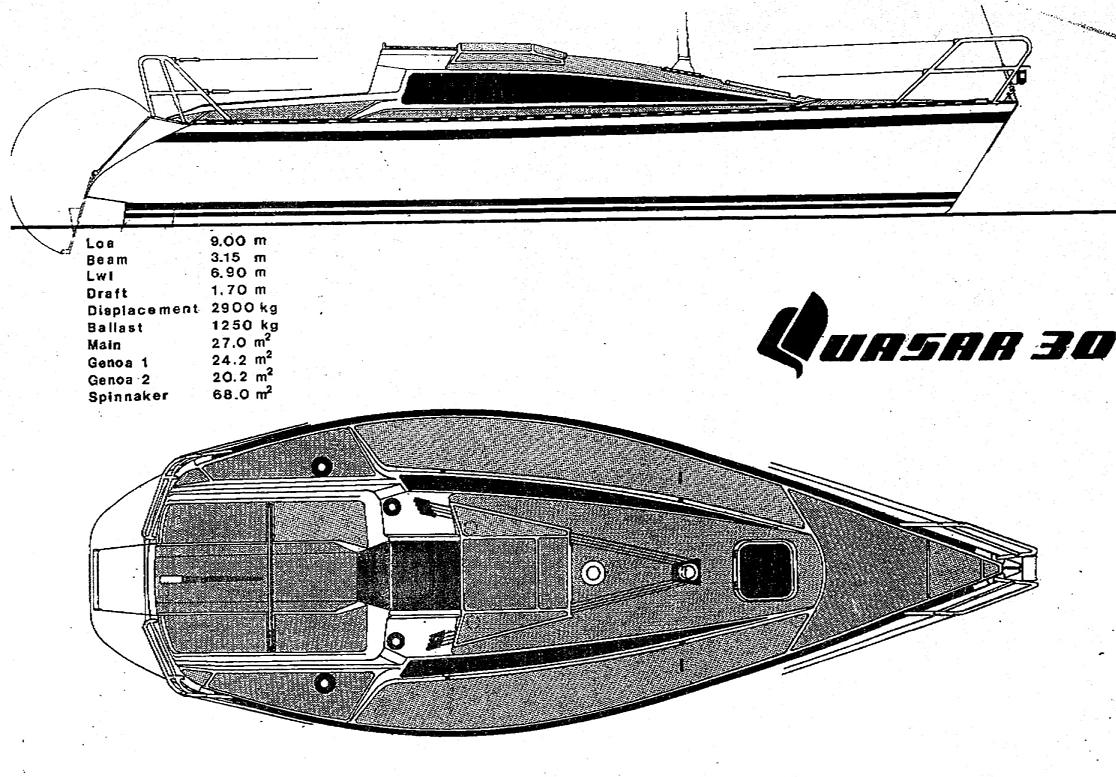 Signature Teak March 13 2005: "Quasars were made (at least) as various sub-products known in the art of the 90s. Thus, the level of finishing and interior design solutions for boat individuals can vary greatly.
The design of the boat (I hope I still remember correctly) is based on the IOR measurement rule of decades ago, which was also discussed. in tonnage categories. I wonder if those with a total length of 30 feet / 9 meters would have been the so-called half-tonner.
Probably the wisest thing for me to say about sailing. I’ve been to Quasar once, but not even on the move. By nature, the boat is sporty, and if the interior has been moderate, it should be light, at least according to the standards of its time. If the boat was once equipped for competitive use, it may be too complicated for a holiday boater.", see: https://keskustelu.suomi24.fi/t/1595695/quasar-30