Introduction, Half tonner List, Architectes, Half Ton Cup, No Voile

Predator KA Steinman 19??, from Facebook 2022: "... predated Predator by quite a few years. Had its rig shortened and keel reduced with bulb added which slowed it up a fair bit. But won a lot of IOR races in original configuration.", "I sailed Predator in an Adelaide to Port Lincoln race quite a few years ago, pretty average boat at that stage I thought the Zulu's were from same designer (Kell Steinman) but were different. A wooden plug was built for those. Many years later it was made into a finished yacht.", "Interesting info. That Zulu tribe is interesting as well. I understand it was the owner of the shipyard that wanted to make a team-building around a tribe name. But why Zulu when based in Australia?", "he was enamoured with the Zulu 1/2 tonner in the advert. Commissioned an improved version and started Zulu yachts to take advantage of the success of that boat.", "it was G2211 when it was base at Royal Geelong Yacht club"; 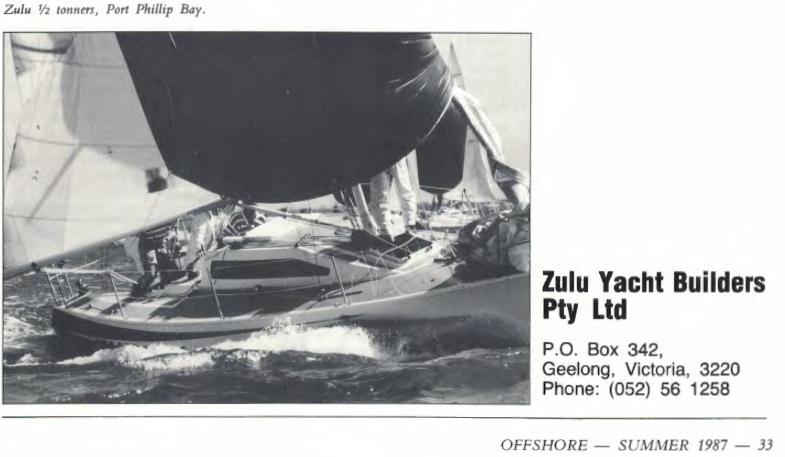 Cruzulu ? ? ?, 2011 From Sailing Anarchy forum: "I Think. Not sure if that was the boat that got delivered to NZ, and the crew ran out of water and food half way across. Bill Dodds was renowned for his catering" 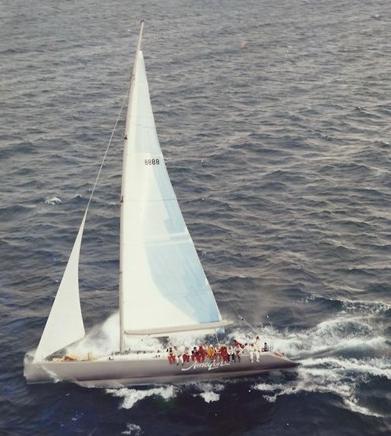 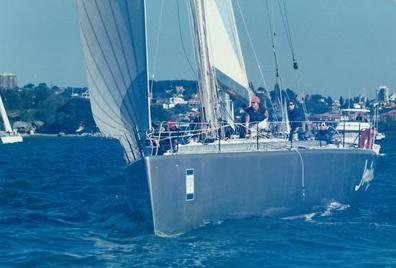 Zulu Chief- 50' did round Australia race, "I saw it cruising in Whitsunday recently";