"Vitesse - a Scampi won her class and division in 1972 in both Chicago and Bayview MACs. She placed 2nd in Half Ton Championship’s behind Mikigram’s Half Ton - Cascade", 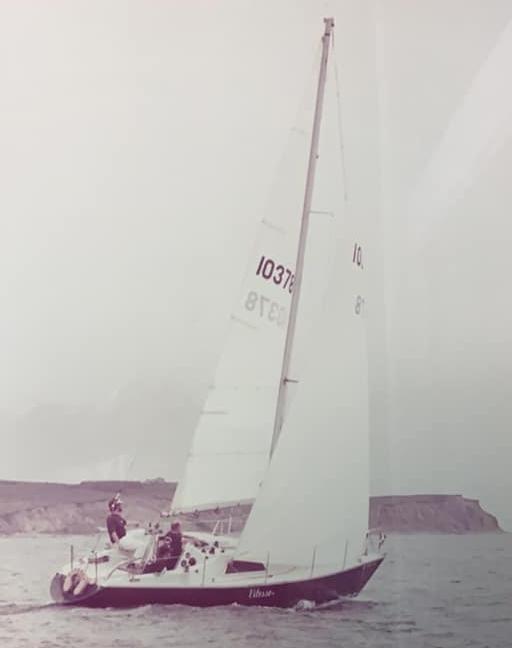 Milton F. Knight: "I had Vitesse for about 5 years and we won both the Chicago and the Port Huron Mackinaws with her in 1972. She won the Mills Trophy Race in that same year, and won a ton flags in Lake Erie and Lake St Clair. We took her to the National 1/2 championships in Newport RI and placed second in the time period as well. We extended the stern on her by about a foot and created a slightly more angled stern. We also did well in that time period at Block Island Race Week. I had an incredible crew with Skip Raymond, Gus Miller, Jack Bernard, Bobby Walborn and myself. We sailed her many years with two other great friends now deceased Dr Carlisle Wilson of Erie Michgan and David Schloss of Detroit Michigan. Skip Raymond from Hathaway Reiser and Raymond sails out of Connecticut cut our sails. We put together a group to start building them in Newport in the mid 70's along with the 34 ft Norlin design as well. Peter Norlin was an inspired designer. There was a 42 or 46 footer with hard chines as well." (Facebook 2020)