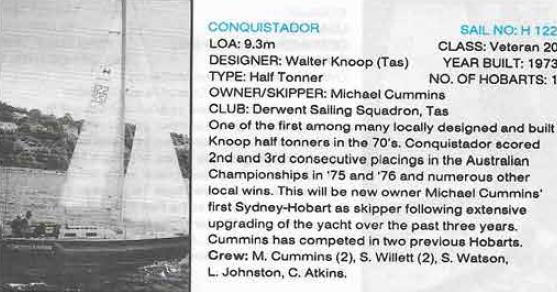 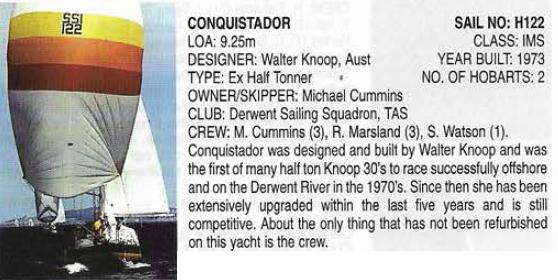 2022 March, comments and pictures from Facebook, "On the hard this morning down at the DSS" 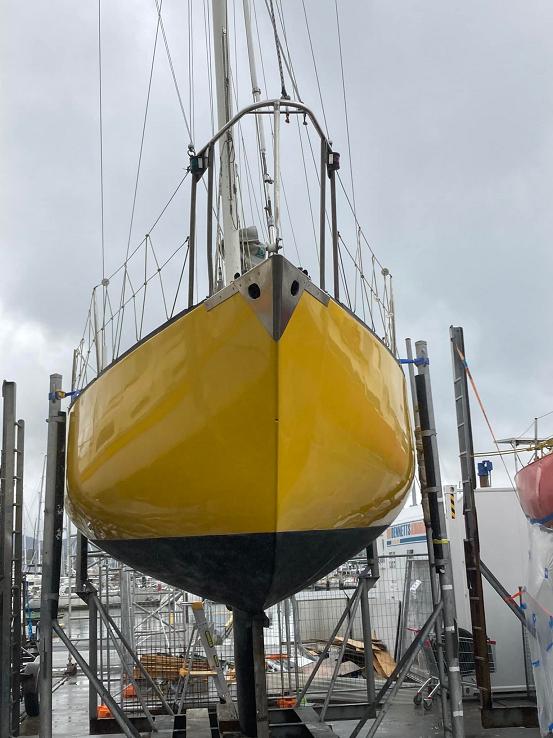 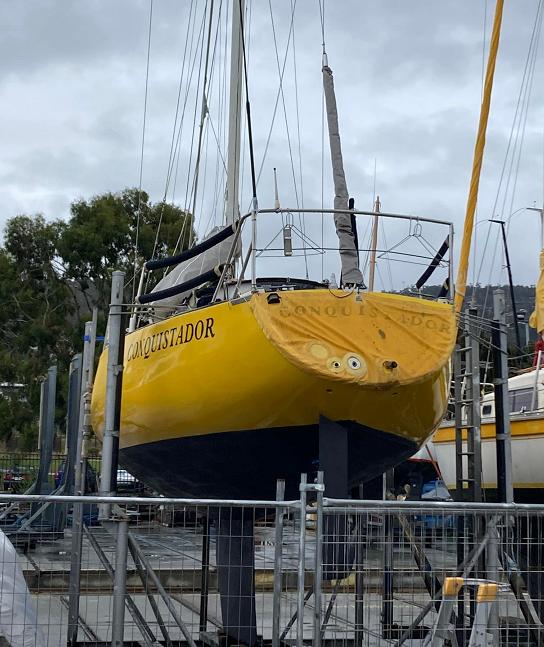 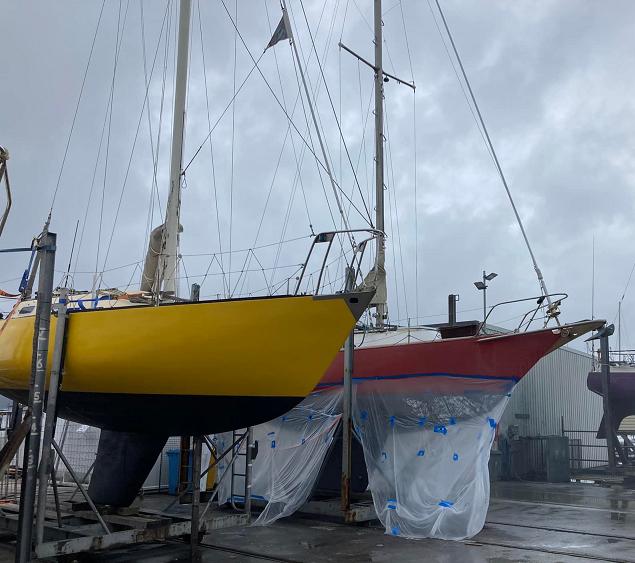 "Conquistador has done at least 4 Sydney to Hobart’s. I did the 94, 96 and 97 races on her and I’m pretty sure that she also did the 74 race as well. I think that she is still owned by Roger Cummins who has had her for about thirty years."